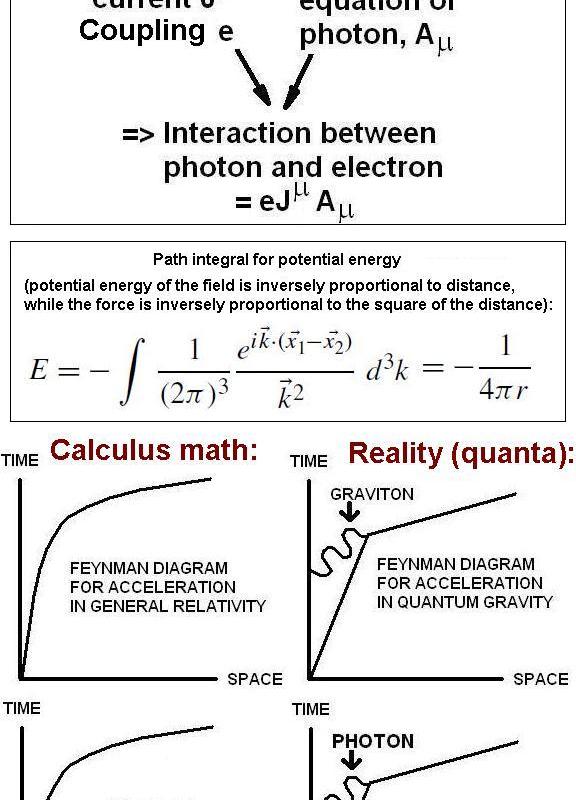 Above (this diagram in part copied from an old 2007 post about the Standard Model, which needs updating elsewhere).

The Standard Model is experimentally-based quantum field theory (unlike completely useless string field theory), yet is slightly confused due to the purely speculative electroweak symmetry-breaking Higgs field and string theory is based upon the ignorant lie that spin-2 bosons are required for quantum gravity (see post on Fierz and Pauli’s error of the spin-2 graviton, linked here). U(1) hypercharge gives leptons and quarks particles their measured masses as explained physically on the post linked here. SU(2) is not just responsible for the 3 massive weak Z and W gauge bosons; it also causes massless versions, the charged massless bosons being responsible for positively and negatively charged electric fields, respectively (they propagate in the vacuum because the magnetic self-inductance – normally infinity for massless particles – is completely cancelled out for exchange radiation travelling along two directions, to and from each real charge; this is simply because magnetic field vectors for each component are equal and opposite in direction!; this mechanism also guarantees an exact equilibrium in exchange, so that the SU(2) Yang-Mills field equation term for charge transfer becomes inoperative; you can’t transfer any net charge because of the equilibrium; this constraint on the SU(2) Yang-Mills equation then automatically cancels the equation down to the form of the regular “Maxwellian” Abelian U(1) field equation which doesn’t include charge transfer by gauge bosons!).

Copy of a post by Dr Peter Woit on the Not Even Wrong blog:

Not In Our Lifetimes

A report from one of last Saturday’s events at the World Science Festival has string theorists Brian Greene and Shamit Kachru admitting that they’d be surprised to see experimental evidence for string theory in their lifetimes:

John Hockenberry, the panel’s moderator, asked Greene if he thought experimental evidence would come during his lifetime.

“And in your lifetime?” Hockenberry asked Kachru.

For more reports about the same panel discussion, see here and here.

In the comments of that post by Dr Woit, commentators mention spin-2 gravitons:

Update: as an antidote to depression about string theory lies being used by ignorant media morons to censor the facts of physics until after you are long dead and buried, I strongly recommend Saturday night foam parties at Ibiza’s Eden nightclub 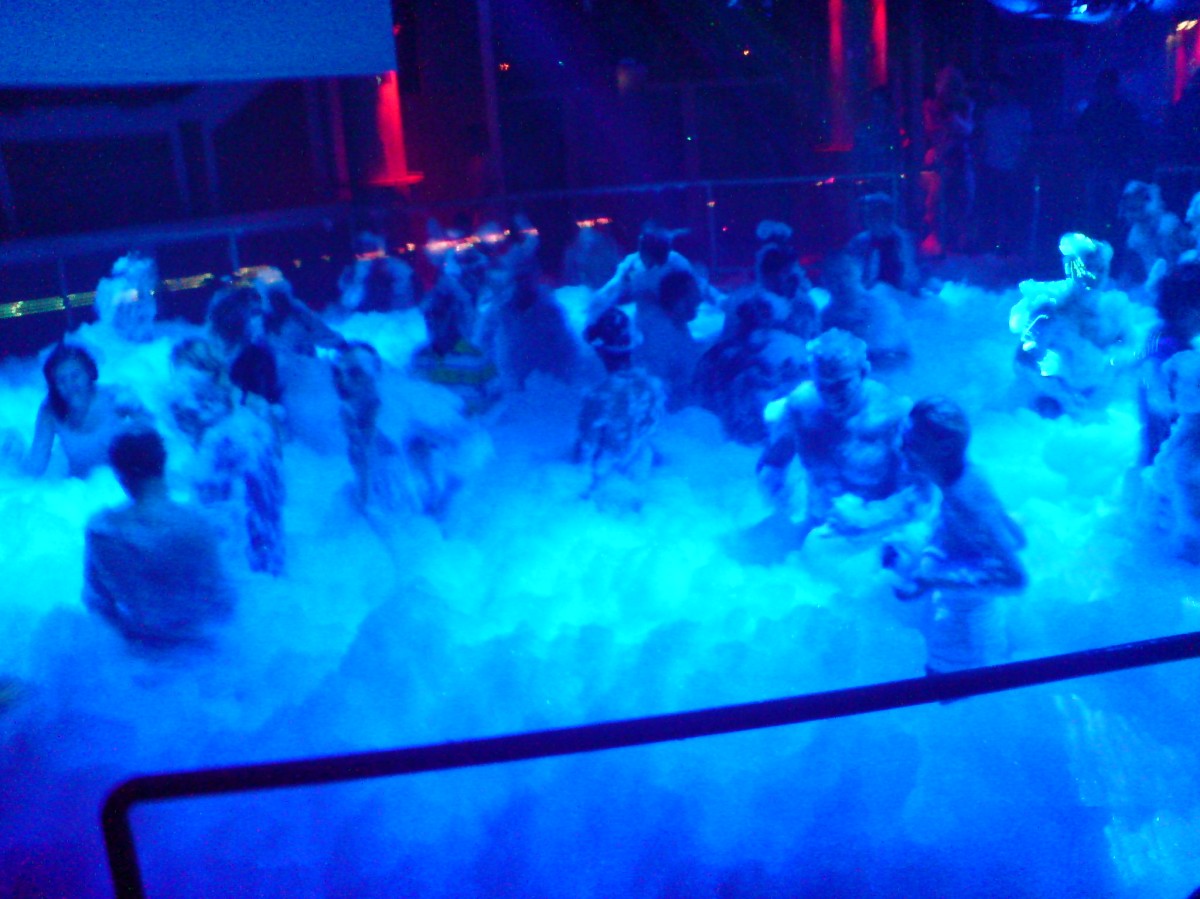 Above: Sat 12 June 2010 Ibiza Eden nightclub (two minutes walk from my hotel) foam party photographed at 5:56am local time Sunday 13th (San Antonio, Ibiza). They gave out free wristband passes for entry at 2am in the town centre, so I didn’t pay a penny. Eden nightclub has only just had its seasonal opening party, and is Keep your phone and money in a plastic bag in your pocket and wear swimming-type earplugs to reduce eardrum stresses when the volume goes up too high for comfort (you still hear the music fine). Don’t drink any alcohol or water if you just want to practice dancing all night long to keep fit and sensibly chat to girls in the chilling out room (being drunk doesn’t make you look attractive, while drinking water or soft drinks makes you look soft). Keep fully hydrated during the day before, then drink a full litre of mineral water immediately before you go to the club at 3am (for just over 3 hours of dancing, you will remain fine without another drink). The foam party began in a special slightly rough-finished circular area (located down from the main dance stage, which is smooth and would be too slippery for foam) around 5:50am and lasted about 20 minutes. It was a water party first (sprays from ceiling sprinklers), and then lots of foam pipes from the ceiling sprayed snow-like waist-deep soap foam.

Dr Woit of Columbia University has a new Not Even Wrong blog post up:

Video of David Gross’s talk at the Physics at the LHC 2010 conference is now available. He devotes much of the talk to reviewing predictions he made back in 1993 of what would happen by 2008, and making new predictions for what will happen by 2020.

… His experimental predictions include a repeat of the 1993 ones (superpartners, new Z-mesons, and the Higgs, although now he only mentions one Higgs), except that he has now given up on even “cloudy” evidence of superstrings showing up at the TeV scale. …